NPC – ‘Record inflation is a life or death disaster for pensioners’ 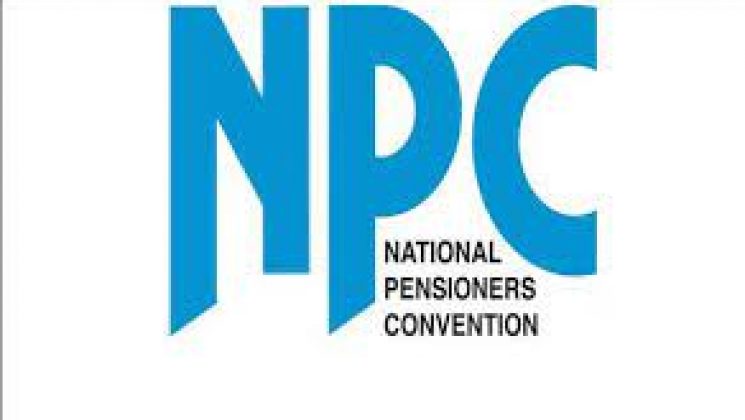 Older people will suffer life-threatening ‘eat or heat’ decisions this winter unless the government reverses its decision to axe the pensions ‘triple lock.’

As inflation hits a 30 year high of 5.4%*- pushing up prices of food and fuel for heating – the National Pensioners’ Convention is calling on the government to urgently reinstate the triple lock which safeguards the annual pension rise.

The triple lock, which ensures pensions rise by the highest of either wages, inflation or 2.5%, was suspended because wages hit an artificially high 8.1% last autumn. The government judged it could not afford that increase, so pensioners are set to get a meagre 3.1% rise in April. But by that time inflation, could be hitting 6%* or 7% – adding nearly £500 a year more to each retiree’s bills.

Jan Shortt, NPC General Secretary said: “Our members are already telling us they are terrified of hefty bills for food and heating – with worse to come, and just a paltry increase in their state pensions come April. This is a shameful way to treat our oldest and most vulnerable.

Contrary to mistaken public perception, millions of pensioners have to survive on basic pensions of either £137.60 (for those retiring before 2016) or £179.60 per week. Many who also have a small occupational pension find it takes them just over the qualifying level for pension credit which means their finances are being squeezed to the limit.

Jan Shortt added: “This is a disastrous situation for low-income families of all ages. But the government can do something about it, starting with reinstating the state pensions triple lock, and offsetting the fuel prices free-for-all caused by the lifting of the energy cap.”

*Inflation hit a record 5.4% in December with the Bank of England predicting the consumer prices index (CPI) could hit 6% by April. Other analysts say it could be nearer 7%.

The National Pensioners’ Convention will discuss the tsunami of policy decisions that are converging to cause misery for millions at our Dignity Action Day webinar, at 11am on Tuesday, 1st February 2022. Many older people – still reeling from the pandemic which hit their generation hardest – feel they are being unfairly targeted by recent government policy changes.

Our panel of experts will discuss the implications of everything from, the suspension of the triple lock on annual pension increases at a time of rocketing prices, the growth in pensioner poverty, to the worsening crisis in health and social care. They will also consider what can and should be done to avert this escalating crisis.

To attend this webinar and pose your own questions to the panel, register in advance for the webinar by clicking on the below link:

After registering, you will receive a confirmation email containing information about joining the webinar.

You can also watch the Webinar on the NPC YouTube channel:

Get protection at work and a range of other benefits from just £1.30 a month.

Find out about the great deals you can get when you join UNISON.

See what events are coming up.

We use cookies on our website to ensure you find the information you need in the simplest way. By continuing to use our website you are consenting to their use. Find out more about cookies and how we use them.